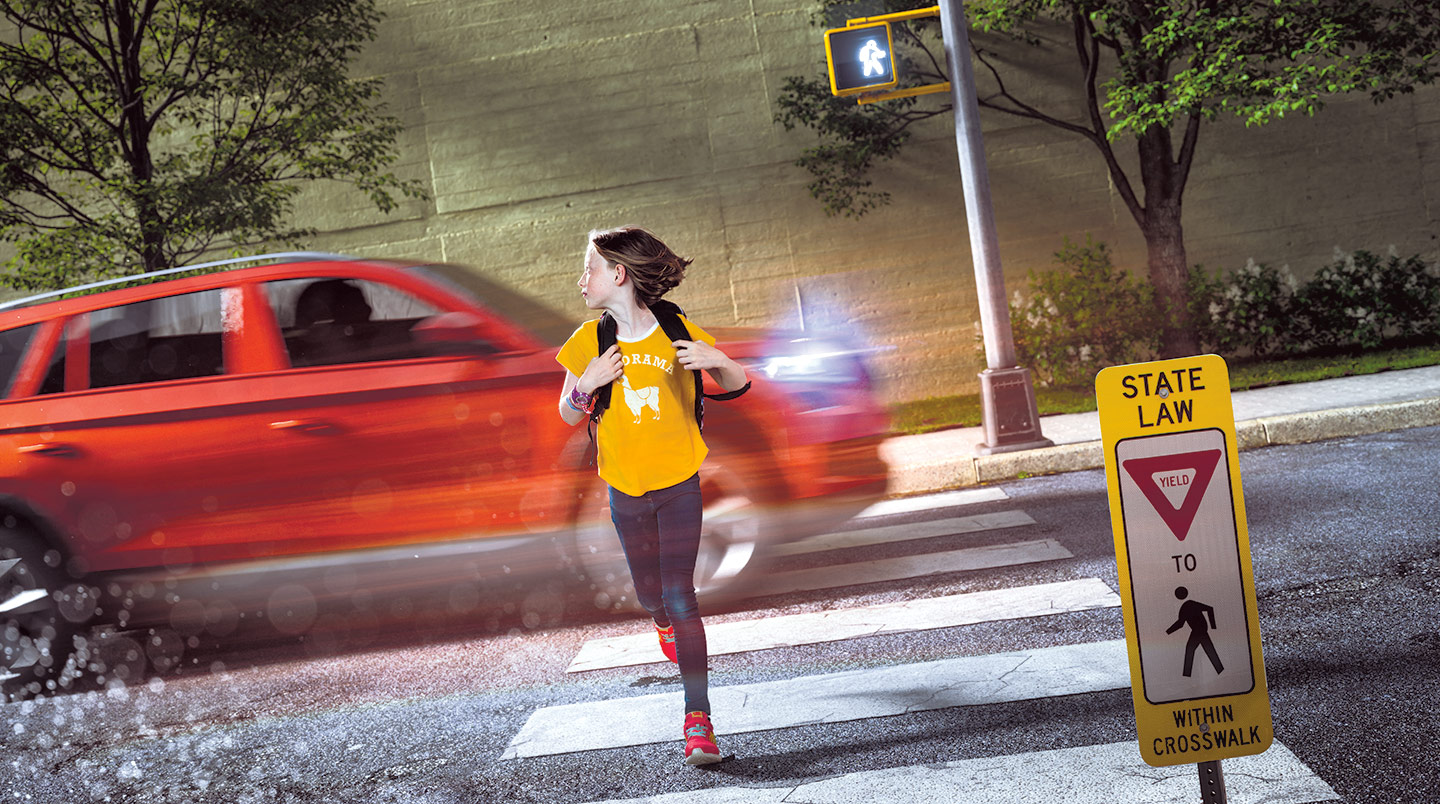 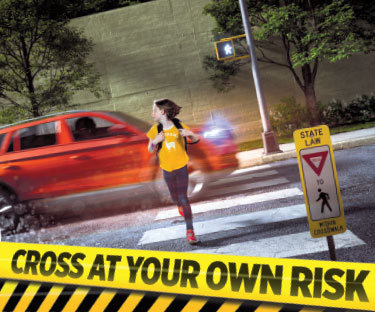 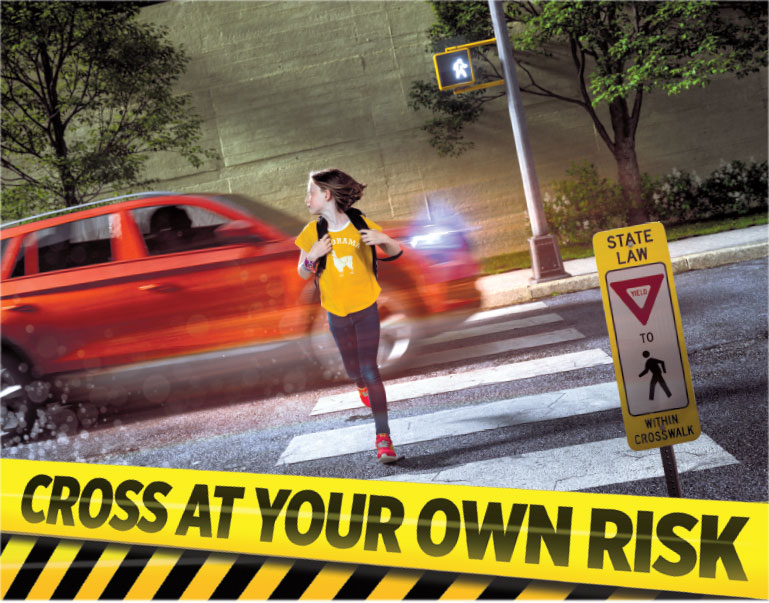 Cross at Your Own Risk

Every year, a shocking number of people are hit by cars. Two classmates found an unusual way to make drivers slow down.

The car sped toward Eric and his brother. It was September 2016. The boys were crossing the street outside Brooks Elementary in Medford, Massachusetts. Eric’s dad yanked them out of the way just in time. They’d nearly joined the alarming number of pedestrians who are hit, and sometimes killed, by cars each year.

That terrifying moment inspired Eric, now 11. He decided to make the streets outside his school safer.

The number of people killed by cars is rising. According to a recent study, more than 6,200 pedestrians were killed by cars last year. That’s the largest number in nearly 30 years.

Often, the difference between life and death depends on the speed of the car. Eric knew getting cars to slow down could save lives. He just needed the right plan.

About a year after his close call, Eric joined a school program that helps students design projects to improve their community. He partnered with another student, named Isa. They researched ways to make drivers slow down.

“We wanted something that would really stand out,” he says.

Eric and Isa considered flashing lights and speed bumps, but those options were expensive. After a few weeks, they found a simple and cheap solution: a 3-D crosswalk. This optical illusion is meant to grab drivers’ attention so they reduce their speed.

In February 2018, Eric and Isa shared their idea with Medford’s mayor. They gave a presentation with facts about how 3-D crosswalks have made drivers slow down in other countries. The mayor loved the idea.

So did the town’s traffic board, a group in charge of the town’s roads. But they said the crosswalk had to wait until other projects were done. Finally, after 14 months, the 3-D crosswalk was painted outside Brooks Elementary this past April.

The city has since painted a 3-D crosswalk at another school and plans to add more.

“I’m so excited that it’s finally done,” adds Eric, “and that we made the roads safer.”

Most crosswalks have white stripes painted on the ground. A 3-D crosswalk has stripes painted to look like blocks rising from the road. The illusion causes drivers to slow down to avoid crashing into them.