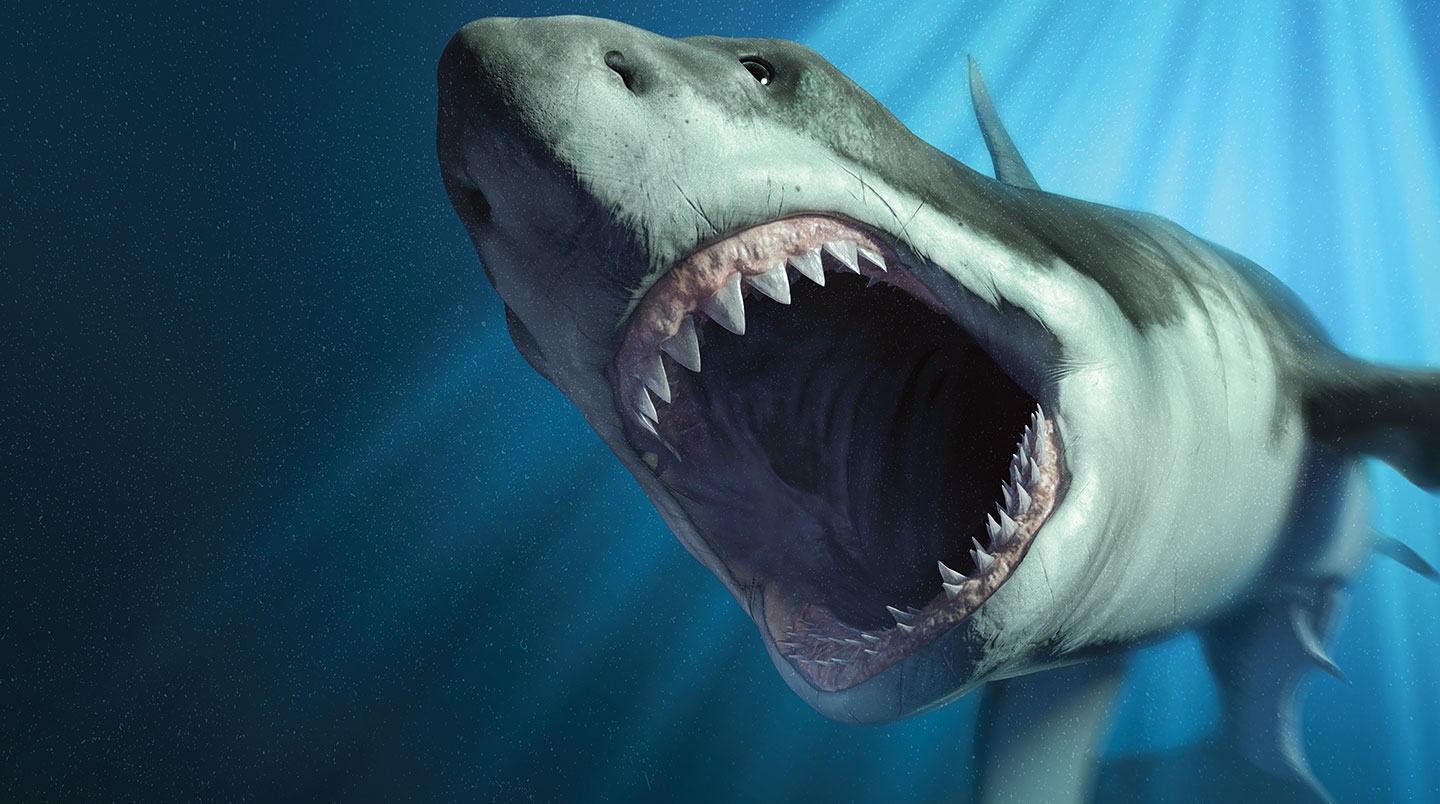 As Jessica Owens walked along the muddy banks of a river near Charleston, South Carolina, something caught her eye. She was out hunting for shark teeth. But this object was huge—about the size of her hand. It couldn’t be a tooth, could it? Believe it or not, it was! It had once belonged to a huge ancient shark called a megalodon.

The coastal area where the tooth was found was once covered with seawater. It was home to megalodons, some of the biggest sharks that ever lived. They measured up to 60 feet long. That’s longer than a school bus and about three times the length of today’s great white shark.

Megalodons became extinct about 3.6 million years ago. Much of what scientists know about them comes from studying their teeth. Like modern sharks, megalodons had skeletons mostly made of cartilage. That’s the tissue found in your ears and nose. It doesn’t usually turn into fossils like bones do. So, unlike dinosaurs, megalodons left no skeletons. Only their teeth survived.

Because of its massive size, the megalodon ate a lot of prey. Scientists say the shark’s jagged, knifelike teeth helped it rip apart sea creatures, such as giant whales and dolphins. “Megalodons were the apex predators of their time,” says scientist Sarah Boessenecker. “It probably ate anything that it could fit in its mouth.”